Wildlife in the Valley

The valley is well known for its population of feral goats and is home to around 150. Rumour has it that they were released in medieval times by the monks on Holy Island.

This primitive British breed would have died out completely if they hadn’t escaped into the wild. As farming changed there was a swing to foreign breeds which produced more milk. The goats can often be seen on the Newton Tors along the eastern side of the Valley. However they can pop up in the most unexpected of places!

2018 census show a total of +115 goat in the herd. There were 61 goats on CVE land for most of the year, but the damaged caused was minimal. We still have mineral licks out on to the open hill to try and prevent the goat from bark stripping the young tree in the spring. Over the years many goats have been re-homed to help manage environments elsewhere in the UK and this has helped to ease the pressure on local vegetation.

Roe deer are present throughout the valley. Whilst they are beautiful, they also bring their own challenges with damage to trees so their numbers are carefully managed.

The valley has a healthy population of red squirrels. They are seen crossing the road between Whitehall and Trowupburn to retrieve their pockets of hazelnuts from the Harrowbog gathered in the autumn. The nuts are a great source of proteins for the squirrels.

Adders, Britain’s only venomous reptile are also present in the valley. Slow worms, which are really burrowing limbless lizards (commonly mistaken for snakes) are also common. They have been granted protected status along with all other native British reptiles.

There is a good population of rabbits, hares, voles, fox, stoat and weasels. These can be seen throughout the valley.

There is a healthy and well managed population of red grouse on all the heather areas in the valley; letting the shooting for these remarkable birds provides a significant income for the estate. The sound of them telling one to ‘go-back, go-back, go-back’ is one of the sounds of wilderness areas.

I don’t count that spring has arrived until I hear the first curlew up on the hill. To hear their calls on a bright morning is in my view just fantastic. They are in decline across the country, also in College Valley. We once had 8-10 pairs throughout the estate, but last year we had three pairs; one pair on Fleehope and two pairs on the north west end of the estate over the back of Elsdonburn. Curlews are hefted to the area that they breed in, therefore if you lose the curlew from the hill it will be unlikely that they will come back, as there is not surplus of them to move into areas where there are none. So, this year we are going to monitor them closely and protect their nest sights.

The ravens nested on the estate again in 2018 two pairs fledged 4 young, of which the tree nesters fledged 3. The tree nesters have been successful over recent years but reports this year 2019 is not so good as we know two nests have failed due to the snow and stormy weather that came in early April.

Barn owls breed well throughout the estate with all but one of the boxes producing fledglings. In total there were 21 fledglings in the valley compared to 22 last year, not bad considering there were no second broods.

Last year when the beast from the east subsided and spring arrived, we all thought that everything would have a good breeding season, but in reality, the sun forgot to stop shining and it was so dry that there wasn’t the insects about for the chicks to feed on. The red grouse started off well and by the middle of the summer we were not seeing many broods bigger than two or three. Near to the south east of the estate there was a brood of merlin which were successful. Hopefully they succeed this year again and we start to see pair move throughout the valley. Peregrines nested and fledged young on the estate. There were two young fledged from one nest. There were also sightings of a young female with an older male bird, this might mean that we will have a couple of nests this year.

The oystercatchers have now moved up the valley they first arrive at Hethpool usually sometime in early March, but this year with it being so mild and dry they came early.

Other things you may enjoy. 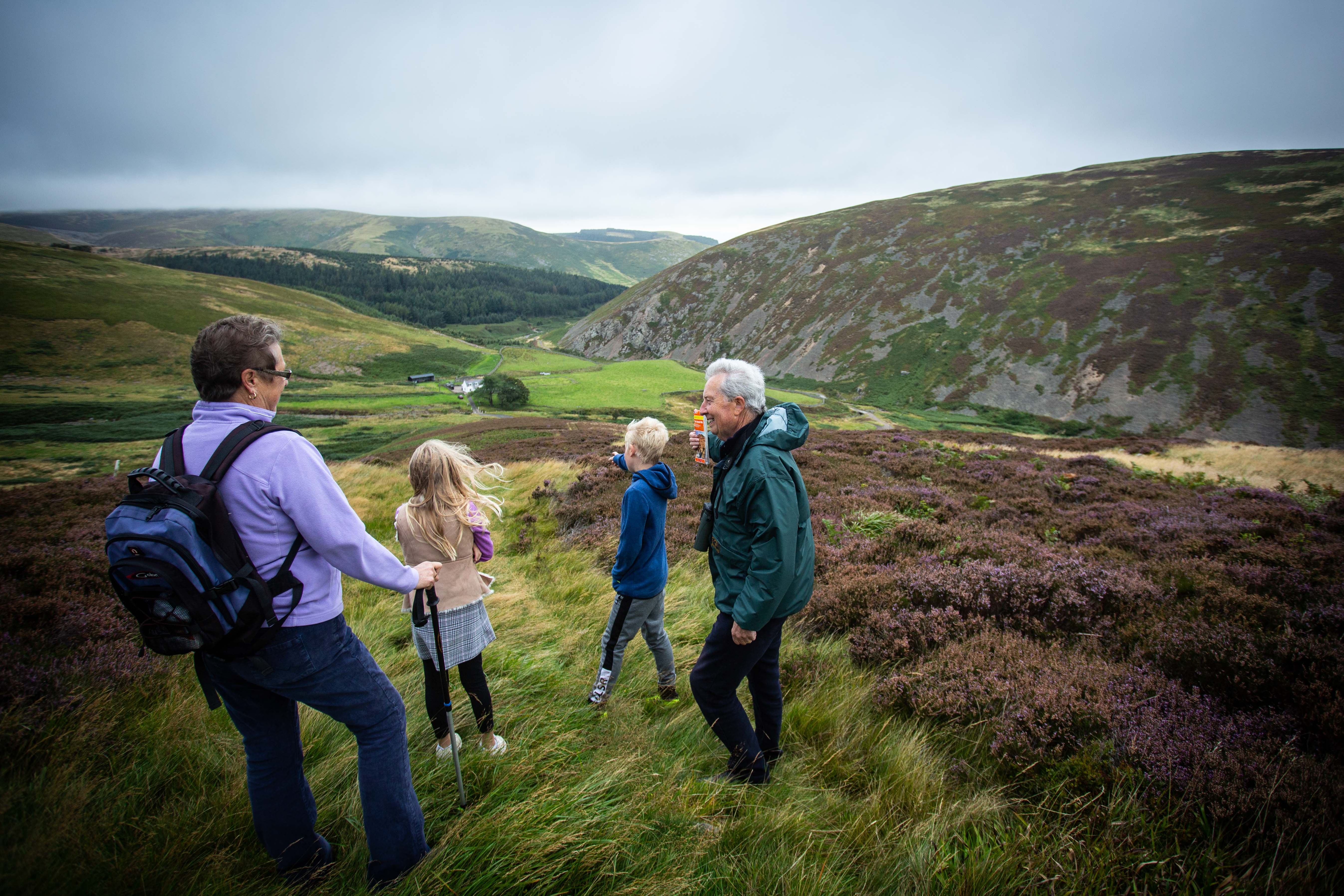 Long, short, high or low walks - The Valley offers something for all. 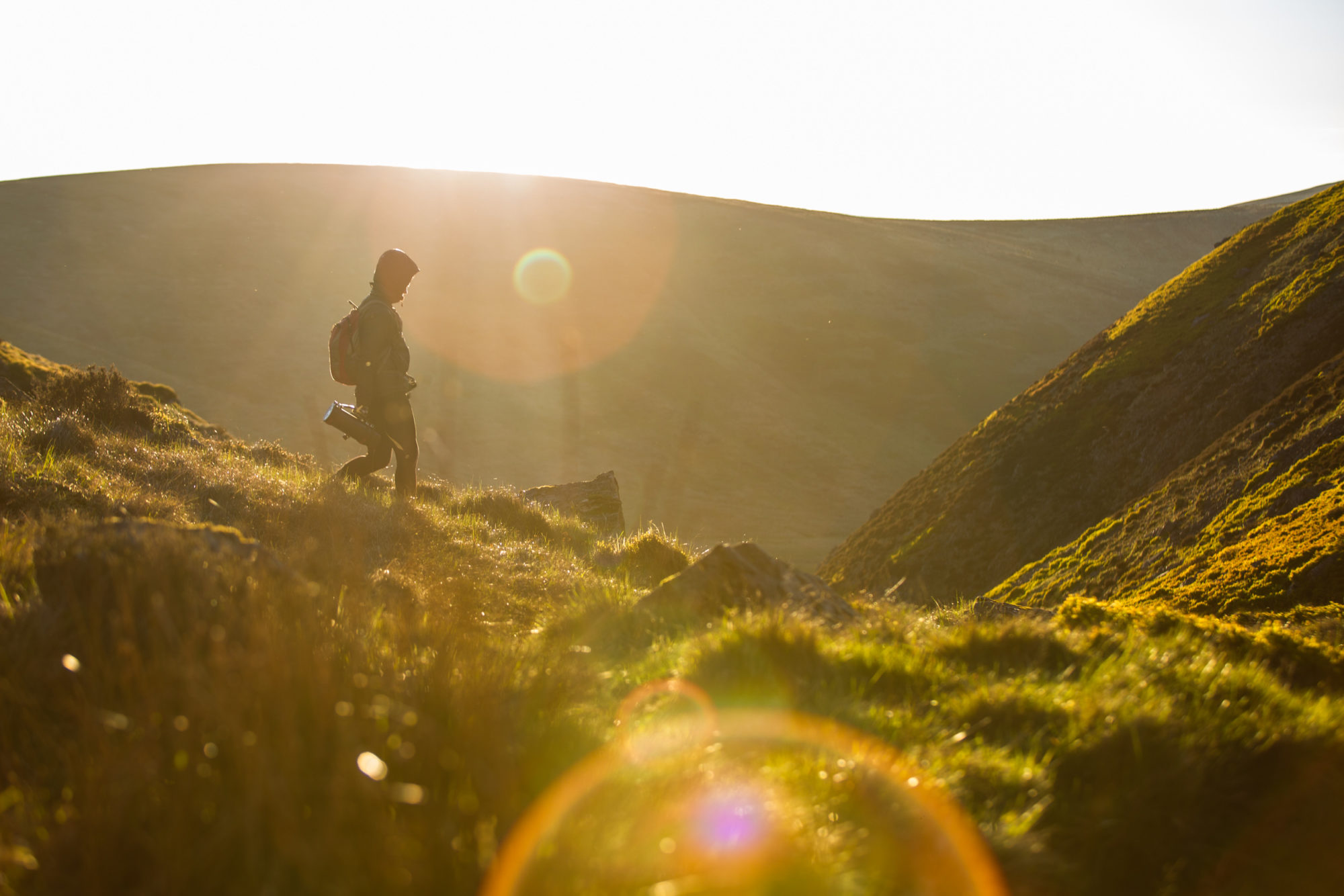 Learn about the College Valley, it's management and policies.